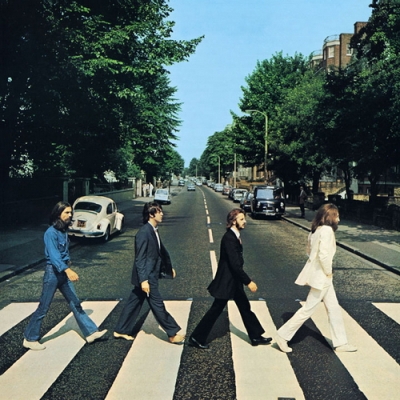 Wow, they must all have pretty high pedestrian levels, look at how well they can cross the street, and all at once!

Yesterday was a big day and it could have gone one of two ways.  For you see, Jesy and I went back to the Dr. yesterday to find out what Jesy’s  progesterone levels are and to make sure that she is on track to start to try to conceive again after her second visit from Aunt Flo after the loss.

Basically if this little visit went south it was going to be a looooooonnnnnnggggg month.  I think one of the things lately that has helped Jesy move forward has been the idea that we could begin trying again soon and if something happened yesterday to burst that happy little bubble then Jesy was going to be a mess.  So fingers, toes and anything else I could cross was crossed (that might explain why I was walking funny yesterday) going into the Dr.’s office.

But before I get to the results I need to go over some things I learned from this visit. Just in case the other three men that read this blog are curious about anything.

1.       Progesterone.  I swear to God that I thought she was talking about her pedestrian levels at first.  I didn’t say anything, but for at least a month I was wondering what her ability to cross the street had anything to do with getting pregnant.  And how would they measure that anyway?  I guess it makes sense that if she can’t manage to cross the street without getting hit by a car then it is reasonable that she won’t get pregnant, or maybe shouldn’t get pregnant.  But in fact, it just turns out that she was talking about her progesterone levels, which essentially means how fertile she is.  But for any man out there, have your wife talk about progesterone and see if it doesn’t sound like pedestrian to you.  Of course when my wife says crayon it sounds like Korean, so maybe it’s because Jesy has some weird little accent that I have no idea where it comes from.

2.       Vagina snot.  WARNING, THIS MIGHT GET GROSS.  So a couple of weeks ago Jesy discovered this heavy discharge coming from her nether region.  It wasn’t bloody, but it was mucasy (I think I just made that word up) and thicker, she described it as egg whites.  Of course she was concerned about it, never experiencing it before and decided to come to me and talk to me about it.  What the hell do I know?  Jesy frequently does this, she will tell me any and all medical problems she has and expects me to answer.  I’m not a Dr., I don’t even play one on TV, and I damn sure didn’t stay in a Holiday Inn Express last night.  So, I’m not sure why she always comes to me with this stuff, but it never fails.  My answer is always the same, ask your doctor.  She finally did yesterday and Dr. Cali asked her if it looked like snot, and she said yes.  Turns out, it is perfectly normal and actually it means that she is more than likely ovulating, which is fantastic news.  So to sum it up, vagina snot is good.

3.       My wife is a wuss.  That was not something I learned really, I knew that already. It was just re-enforced when they took the blood to get her progesterone levels yesterday.  When they stuck her arm you would have thought that she just got shot.  I checked to make sure they didn’t mix up the needles, I thought maybe they had accidentally switched the human needles for the elephant needles or something, but no it turns out that Jesy is still kind of a wuss.

This was a similar reaction to what Dr. Cali had when he heard about the vagina snot.

4.       Dr. Cali is pulling for us.  First of all he didn’t HAVE to talk to us yesterday, but he took time out of what I can only imagine is a super busy schedule to talk to us about what was going on.  But what really gave him away was the giant smile that crept onto his face when he was talking about the vagina snot.  I know what you are thinking, who wouldn’t smile when thinking about vagina snot? Hell, every time I type it I laugh a little, but it was more than that.  He was genuinely excited to hear that she was possibly ovulating and that more than likely she is right on track.  He and Jesy really have a special bond. She has been going to him since she was like 16, and he knows the whole family and extended family and you couldn’t ask for a better doctor.  If all doctors were like him I would actually go to the doctor.  There are times when I leave his office with Jesy and I wonder who wants us to have a baby more, him or us!

I guess I pretty much ruined the surprise that I was saving for the end.  The doctor visit was great.  A lot of good signs and we should get the test results today.

Jesy is happy, George is as happy as he can be and even Dr. Cali is happy, almost jovial!  And pending test results we are a go for launch sometime around the first week in February.

Time to knock off the rust and stretch it out, I got some baby making to do!

Either way it looks like we might get delayed another month while we wait to see if her levels jump back up after the next period.