Ah yes, we are going to talk about weight and getting back what I’m calling a “Post Preg Mom Bod.” Even though it will make most of us cringe and sweat and possibly break out into hives, it is still a topic worth discussing. This is NOT a fun topic and can also be extremely emotional as it is an individual journey that we are all faced with soon after our bundle of joy is birthed. But I also think it is a topic that most of my mom friends and I discuss on a fairly regular basis so I thought I would put it all out there in hopes that my honesty and “current” motivation (emphasis on current) will be a motivation for others as well. 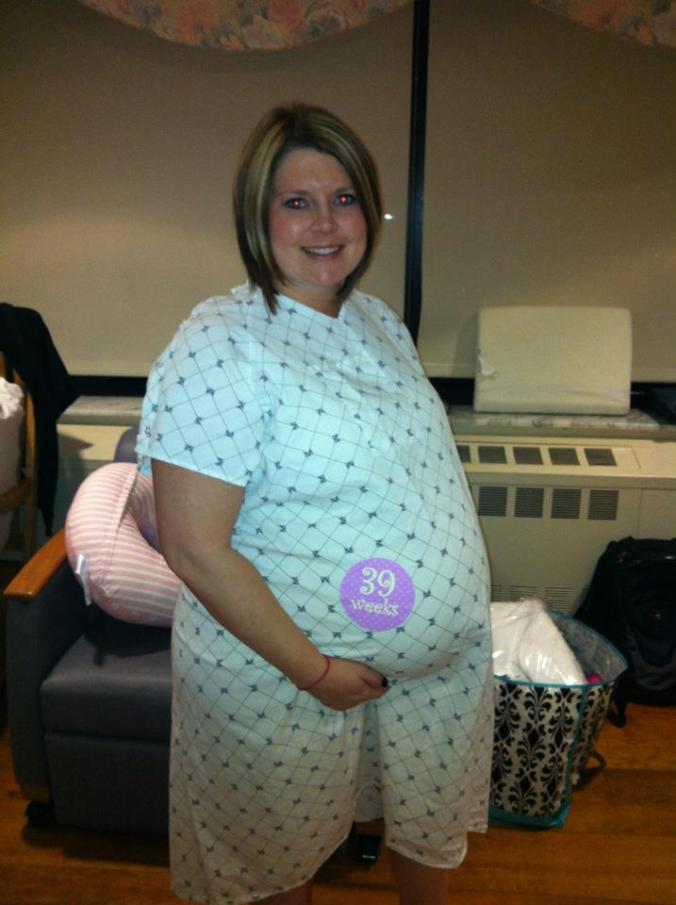 When I was pregnant with Abbey my goal was to only gain 30 pounds or less for the entire pregnancy, one is because I’m so short and really couldn’t gain much more and still make it from point A to point B and the other is because my doctor strongly suggested the limit. Don’t get me wrong, I still indulged on some foods that I would not normally enjoy as care-free like I did when pregnant but I was also lucky enough to crave weird things like broccoli. About two weeks after having Abbey I had pretty much lost all the weight (about 28-29 lbs) I had gained while pregnant and I really appreciate that it came off so fast. I had lost a few extra pounds around this same time but then pretty much teetered at the same exact weight for 8 long months.

{Here is what I thought}

As you can see, I was coming up with all kinds of awesome excuses in my head and I really had myself believing that most of them were really good and I was even telling people some of these crazy things out loud. The best one is the “I am breast feeding and the weight will just fall off” because this is really the biggest misconception. I believe that breast feeding helped me to maintain my weight for the 8 months that it never changed but that is because I still ate like a pregnant woman.

When I saw myself in pictures and realized that Abbey was almost as old as the months that she was in my belly, I finally realized that I needed to make a change. I purchased an app on my phone called “Ease Into 5K” and started working on the weekly walk-run combos that would help ease me back into running. The only way that I could make time for this a few nights a week is getting Abbey on a solid bedtime routine and of course with the help of George! Once I started running and feeling like I was on a solid track I still felt like I wasn’t losing any weight. OH-kay here is a big confession, I had been paying for a Weight Watchers online membership since January and was ignoring the emails and ignoring the program. Whew, now that I got that off my chest! I went ahead and really looked back into Weight Watchers and decided that my problem was the food. I decided that it was time to put 100% back into tracking what I put in my mouth.  And after some research I could add additional points because I was still nursing Abbey, which eased my concern of making sure I was eating enough for the two of us still.

I know that I have lofty goals but we’ll see where this journey takes me. There was a time before George and I got married that I was at my lowest weight ever because of Weight Watchers but since then I haven’t been able to give 100% to the program. I’m hoping that I can continue to make this a more important priority in my life. Losing weight can feel like a part-time job but the payout is much greater than what I was doing before which was making excuses, eating Oreos and plopping my butt in front of the TV when Abbey finally went to sleep. There are times when I still want to do that but then I miss out on my “Post Preg Mom Bod” journey which includes getting honked at when running (wasn’t sure if it was a compliment or they were making fun of me because I look like I’m about to pass out) and FINALLY fitting in some pre-pre-pregnancy jeans!

Please share any of your own “Post Preg Mom Bod” journey stories with me so we can help to motivate each other.